For this project we were tasked by the lead contractor to restore all four facades back to a presentably clean state. This was to include all brickwork, rendered surfaces and all of the Purbeck stone work. The remit was to remove all surface dirt and bio film such as algae, lichens and fungi growths. They did not require any carbon staining to be removed on this occasion.

Being a grade one listed building of historical importance, it was essential that this was done with great care and within current accepted guidelines. The method we chose  to clean all surfaces was the Stonehealth Doff Integra super-heated steam system as widely approved by architects, surveyors and bodies such as English Heritage. This system was chosen due to its proven track record in the delicate removal of surface matter, whilst not damaging the substrates of our often delicate built historical buildings.

Safe and efficient access was made to the rear elevation by a fully self-supporting scaffold structure, as required on listed buildings to ensure no damage is done to the property from tying in as is the norm on conventional scaffold structures. The front and two end elevations were accessed using a mobile elevated work platform (mewp).

Whilst we were originally tasked with cleaning only the two end sections of render to the rear elevation, and the middle section was to be re-rendered, it was decided after we had cleaned them that the whole rear section would be re-rendered due to its overall poor condition. So, the only render that was cleaned and left intact, was on the two end elevations as they were still in good condition. We are sure you will agree that this building now has a new lease of life having not been cleaned properly for many years, whilst still maintaining it`s natural historical beauty. 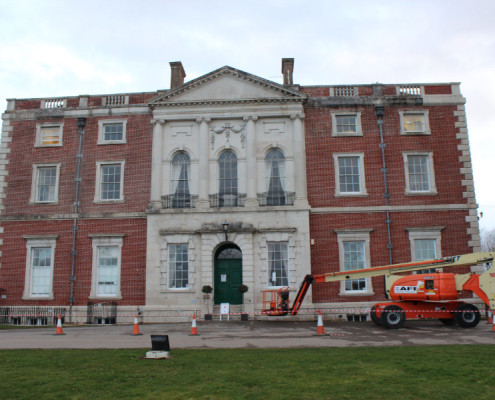 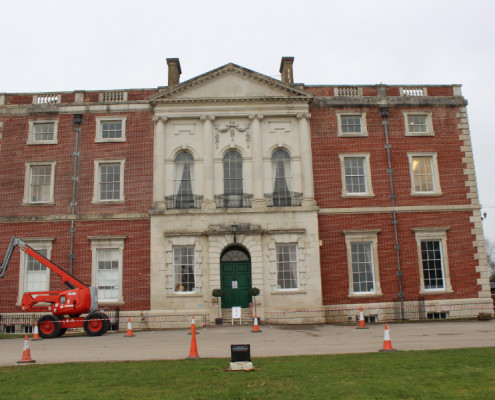 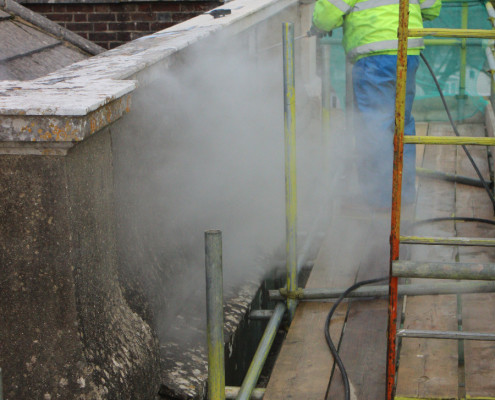 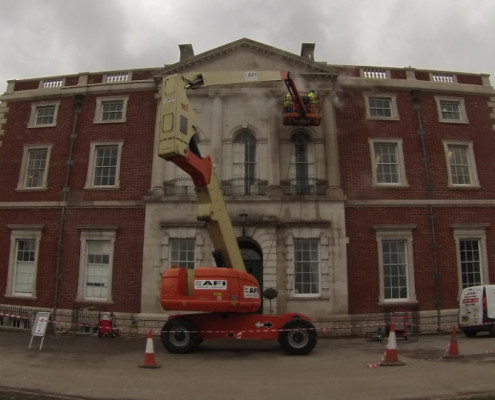 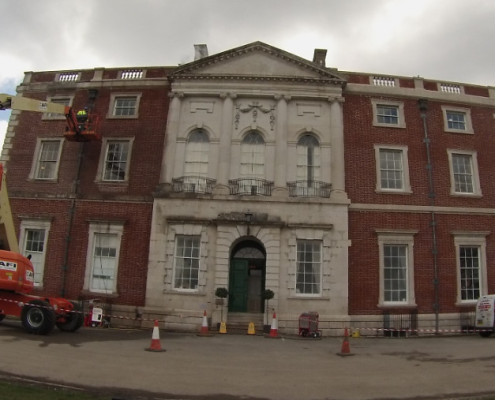 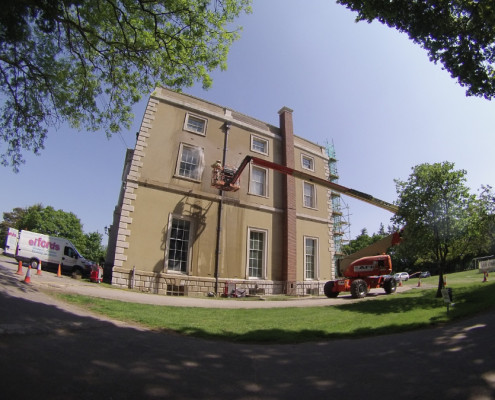 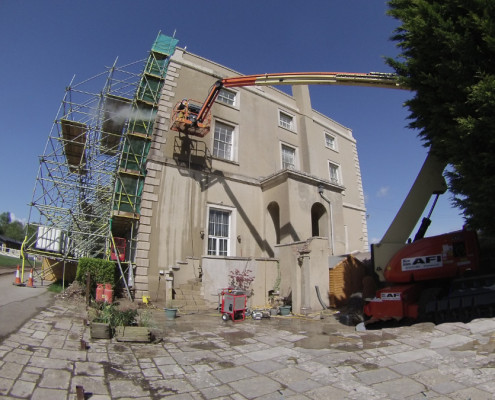 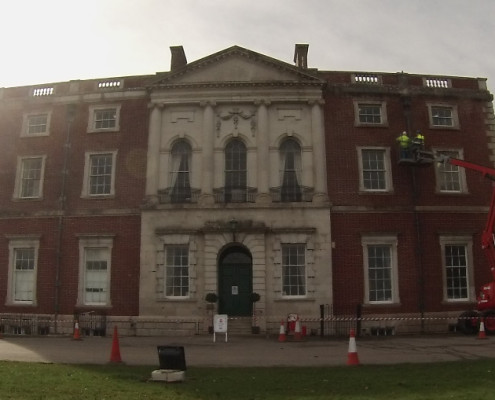 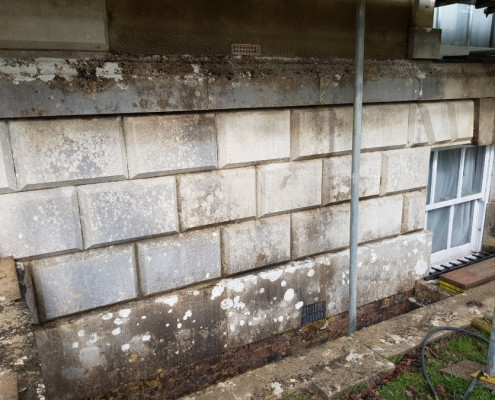 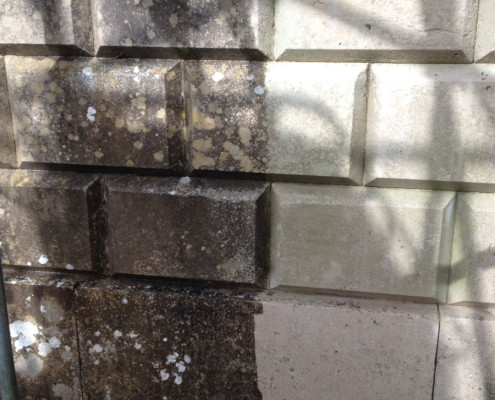 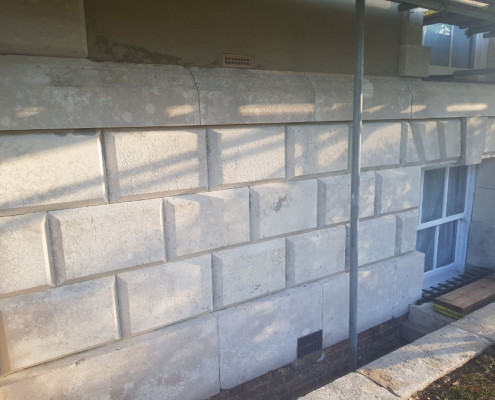 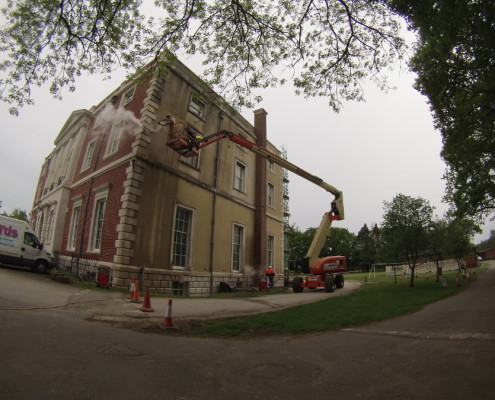 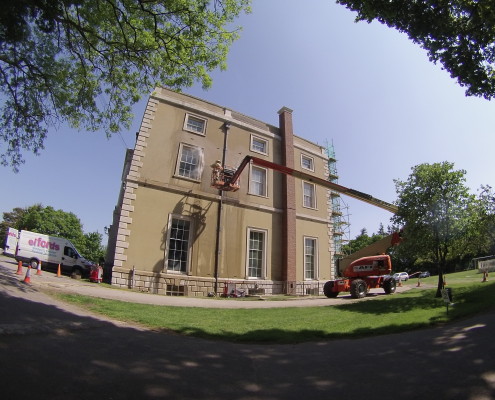 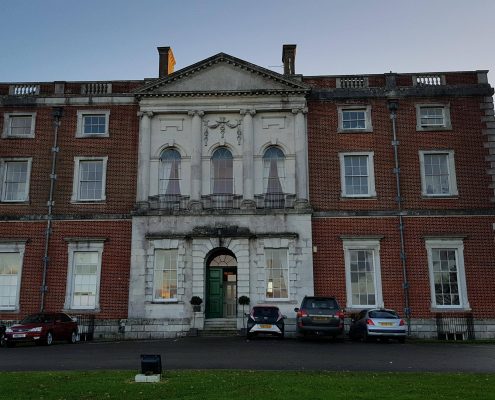 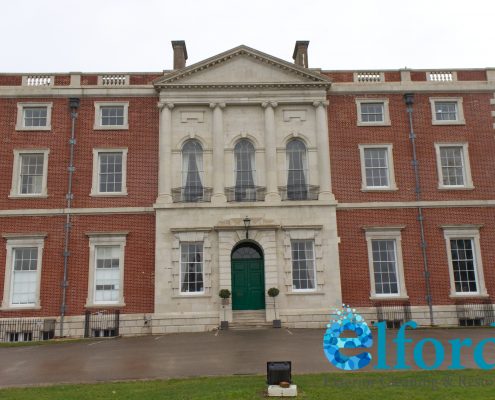 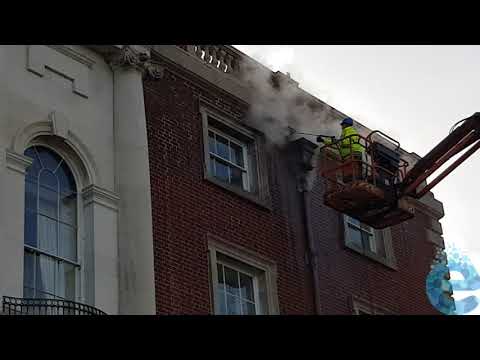 Front of The Building Doff Cleaning 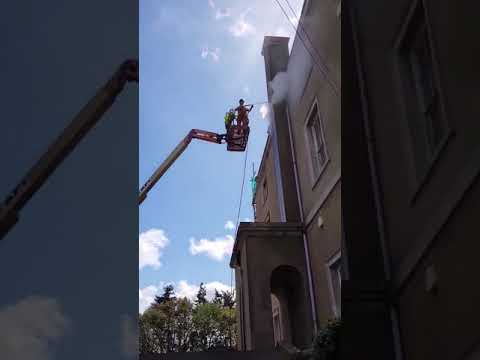 Side of The Buiding Doff Cleaning