For this project we were tasked by the lead contractor to remove all modern paint finishes from all exterior cellar walls of this grade two listed building. They also asked us to clean all flagstone flooring throughout the cellar area.

The reason this was being carried out is that someone had wrongly decided to paint these walls in the past using non-breathable paints. Doing this on such an old building which has little or no damp proofing installed, as most of the trapped moisture in older buildings is designed to disperse through the breathable wall structures. This has led the cellar area to become very problematic with damp issues due to the dampness being trapped behind the modern painted finish. It was therefore decided by the lead contractor to bring us in to remove all such paint finishes.

The method we employed was to pre-treat with a specialist paint softener and remove with steam. The system used to clean all surfaces was the Stonehealth Doff Integra super-heated steam system as widely approved by architects, surveyors and English Heritage. This system was chosen due to its proven track record in the delicate removal of surface paint, whilst not damaging the substrate below.

This job came with it`s own set of unique problems, in particular the issues with working with steam in an indoor confined area. Also, we had to be able to remove water easily as we cleaned. Fortunately, the Doff system does not create too much excess water, due to it mainly being a dryer steam method, so what water was produced could easily be washed away into the existing drains in the cellar. The biggest issue was dispersing the steam produced within a confined space. We did this by means of blowing in fresh air constantly, which in turn pushed the steam out of the cellars windows.

Underneath the modern paint was some original limewash finish, an original breathable coating that was commonly used in years gone by. It was decided to leave this in situ as the walls could now breath properly, and the customer actually liked this finish, had they not then we could have removed it entirely back to bare brick using are gentle abrasive Torc system. 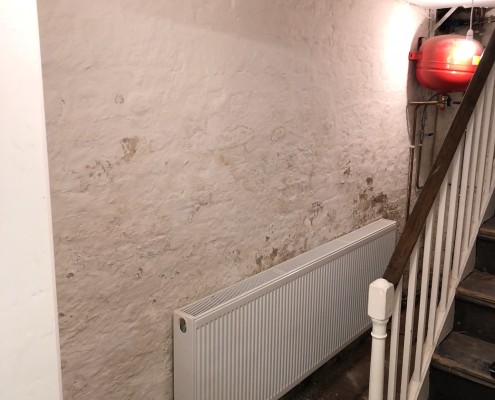 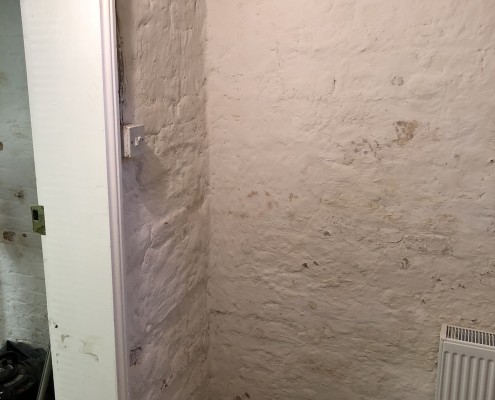 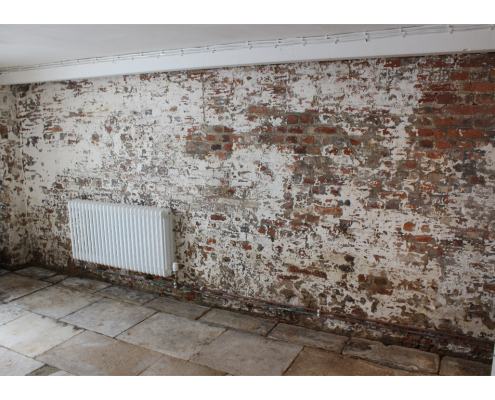 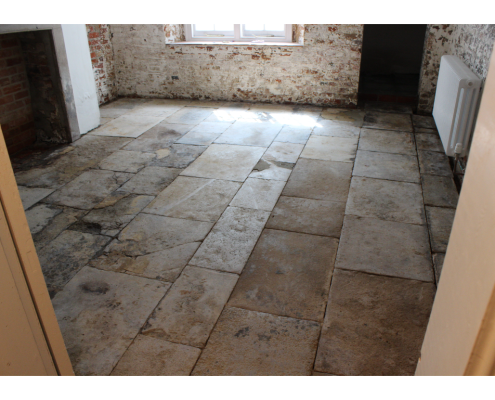 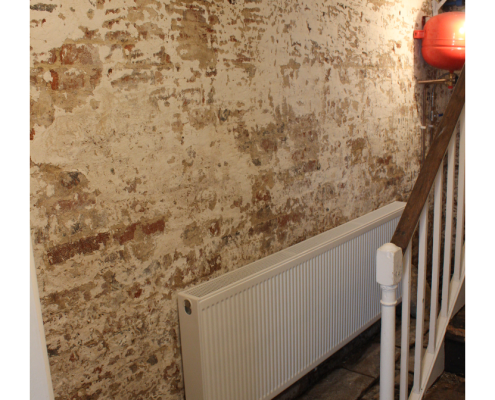 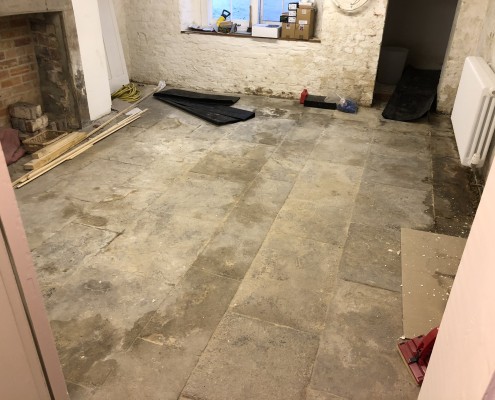 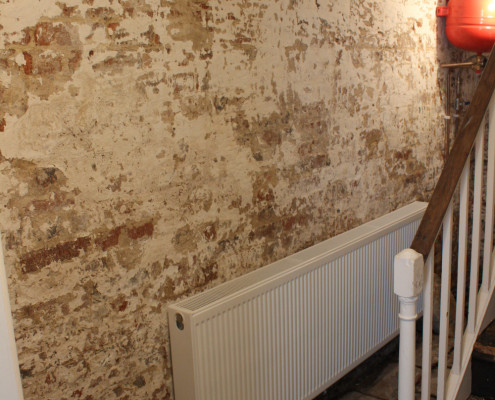 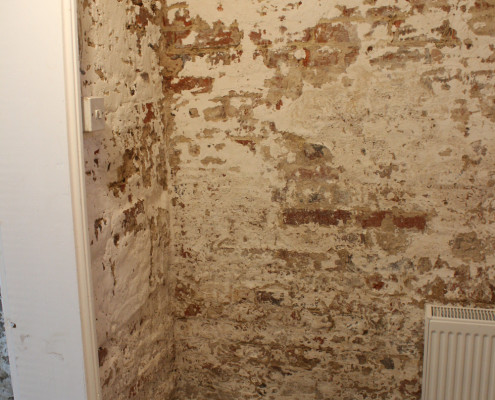